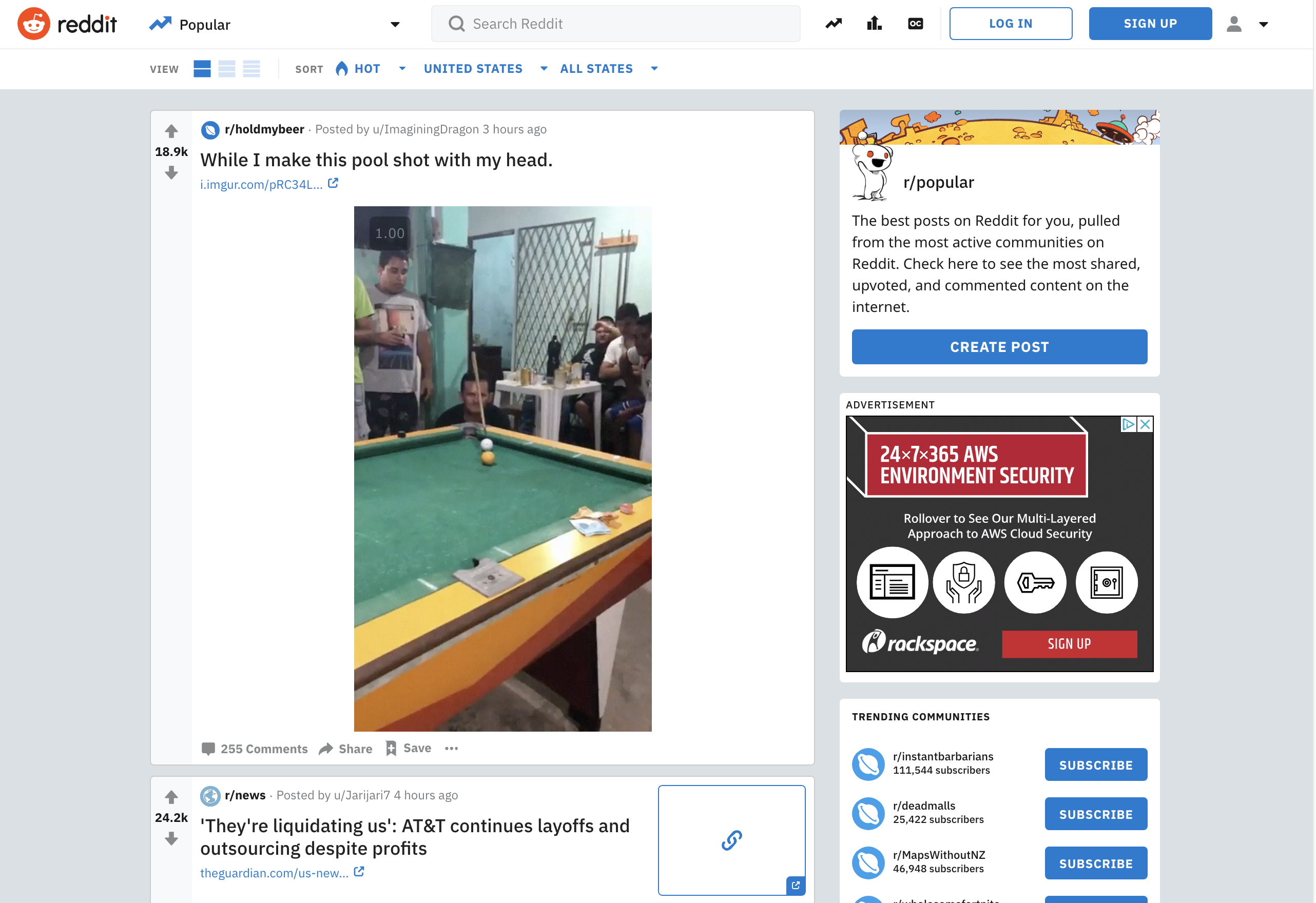 Reddit.com, the world’s 6th most visited website, just received a makeover. Reddit’s old layout was boxy and frankly unpleasant, but provided high data density. And that was part of the charm—in an interview with Marketplace Tech, Reddit CEO Steve Huffman referred to his site as a “dystopian Craigslist.” Millions loved the layout—when confronted with the new layout’s beta, most devoted Reddit users reacted with hostility and anger.

When the new layout was finally rolled out to both desktop and mobile app users (not implemented in the mobile website just yet), Reddit users reacted with an onslaught passionate posts. One theme linked the comments: the new UI seemed a little too familiar—in many ways, it was reminiscent of Facebook and the other social media giants that dominate the industry. In a post with over twenty-five thousand upvotes and counting, Reddit user /u/madduck33 wrote, “Reddit is starting to look way too similar to Facebook.” User /u/Enron_Energy summarized his thoughts in another post, saying, “Reddit now looks like the bastard child of YouTube and Twitter’s respective UI’s.”

Many of the aesthetics popularized by Facebook have been incorporated into Reddit’s new design. When scrolling through Reddit’s content, the user has three different viewing options. They can view the content with the “classic” layout, the design most similar to Reddit’s old layout, with the addition of larger fonts, more muted colors, and a subscription bar on the left third of the screen. The other two options are “compact”, a more densely packed version of the classic layout, and the default “card” layout.

The card layout looks uncannily similar to Facebook. On both sites, the screen is split into thirds, with a vertically scrolling central content display that emphasizes photos and videos. This new addition includes an autoplay feature, where videos in this central column will automatically play when in focus. The user’s eyes track along the central column, only deviating to use the search function on the top, or navigate through their subscriptions on the peripheral columns. As the user /u/slowaccount aptly said in a comment, “New Reddit is like Facebook… Facebook displays giant images one at a time. Good if you want to go through photos. Dreadful for reddit!”

One benefit of this redesign, at least for Reddit, is that the new feed style allows for the seamless integration of ads into one’s stream. Before, ads would stick out like a sore thumb, but now they are seamlessly integrated. For users, this is not an exciting feature, but for Reddit, it makes monetization even easier. Reddit user /u/broomcar posted, “I understand you need money to keep Reddit going, but please don't break up the posts with ads that look completely identical to the posts.” With auto-playing videos and ads rolling out soon, Reddit will be generating even more revenue, while alienating more and more dedicated users.

This uproar against Reddit’s redesign is not unusual - most companies do face a degree of backlash when rolling out big interface changes.  Reddit users complain that Reddit is losing its identity. Despite these critiques, Reddit had its reasons for this update. Its new layout is easily recognizable, reminding new users of sites they already know and love. Before the layout, users who first visited the site were greeted with a UI best described as boxy, 90’s-HTML, and unfamiliar.  Now, users are greeted with a familiar site with no onboarding barriers. With a more accessible website comes more new users, each absorbing more content and, with the new layout, looking at more ads. Although Reddit’s new design may estrange long time users, it will commercially reap dividends for Reddit through both monetization and new user onboarding.

OTHER POSTS
Ridesharing: A Path Forward?
February 7, 2020
The Unwritten Rules of Instagram and the Rise of “Finstas”
July 23, 2019
Snapchat versus Instagram: Oh, How the Tables have Turned
July 23, 2019
Fortnite: The Millennial Obsession
August 17, 2018
Questions? Email us at contact@campus-insights.com
Terms of Service    |    Privacy Policy‍
‍© 2018 Campus Insights LLC, All rights reserved.